Microsoft Announces It Will Include Pay Ranges In All U.S. Job Postings. Experts Predict It Will Be The First Of Many

Microsoft Announces It Will Include Pay Ranges In All U.S. Job Postings. Experts Predict It Will Be The First Of Many 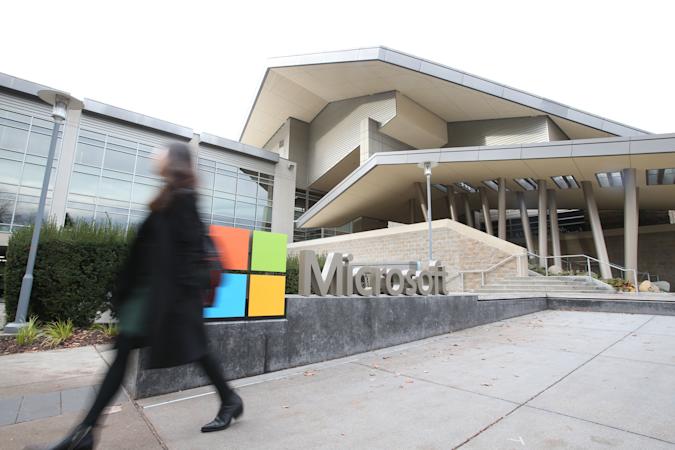 Microsoft said Wednesday it will include pay ranges in all of its U.S. job listings, a move that likely foreshadows a range of big corporations following suit, experts say, as competition for talent remains high.

In a blog post, Microsoft said it would disclose salary ranges in all internal and external U.S. job postings no later than January 2023. That date is when Washington state, where Microsoft’s headquarters are located, will start requiring employers with at least 15 employees to disclose salary ranges for each position. The law covers Washington state; Microsoft’s initiative will apply “across the U.S.,” it said.

Microsoft is considered to be a bellwether among large companies for employment practices, and is likely to be emulated by other big employers. “I know several large multinationals that are on the brink of externally disclosing” they will do the same, says Christine Hendrickson, a former partner at Seyfarth Shaw who is now the vice president of strategic initiatives at Syndio, which conducts pay analyses for large corporations. “Some have disclosed this information internally, but Microsoft is at the vanguard of including this information in all external job postings.”

Changes may not ripple through big companies immediately. Many employers don’t relish sharing pay data that’s long been kept secret. Laws in some other jurisdictions that require disclosure of pay ranges—there are now six, including New York City—don’t go into effect for months, and employers have already pushed to postpone the practice there.

But as employee expectations about pay transparency rise, and the number of places where laws have been passed grow—Colorado has a law, and both California and New York state have similar bills pending—more employers may embrace the practice rather than fight it. “It’s going to force others off the sidelines,” Hendrickson says. “When companies start acting, others are soon to follow. There will be more pressure to also be transparent in order to win talent.”

Pay experts have long predicted companies would not want to mess with different practices in different states. Doing so not only complicates hiring practices for human resources departments, it means unequal access to information for employees who live in states where laws require it and those who don’t.

As a result, compensation experts say those employers that have done the work of auditing their pay scales and making sure people are paid equally are likely to be the first to adopt the practice on a nationwide basis, while those who haven’t may be slower.

In its post, Microsoft referenced its decision, several years ago, to ban asking job applicants about their salary histories. Such practices, which many companies adopted, also followed laws in several states and cities that, if not adopted nationally, would have created a patchwork of policies and administrative headaches.

Being among the first could be an advantage for Microsoft. A range of smaller employers, such as Textio, already say they disclose pay ranges in all job listings, but Hendrickson couldn’t think of other global multinationals of Microsoft’s size that have made similar announcements. “There’s a premium to going first,” she says. “They win trust in a really competitive job market.”

Microsoft’s blog post also said it was removing noncompete clauses from its U.S. employee agreements, and will not enforce existing clauses in the U.S., with the exception of executives in senior leadership roles, as well making some changes to its separation agreements. The software maker also said it would bring on an outside firm to do a civil rights audit of its workforce policies and practices.