Corporate strategies are nowadays considered critical in the promotion of gender equality in the workplace. Promoting an equality sensitive approach in human resource management is still a major challenge for companies and policymakers. The two company case examples operate in the financial services sector with their headquarters in the Netherlands. Both companies have put strategies in place to improve the representation of women at higher-level positions by facilitating flexible working hours and contributing to childcare costs.

At European level, an equal opportunities policy has been developed through a series of Community Action Programmes. These have been aimed at enhancing women’s rights in terms of employment and pay; promoting equality by means of positive action in favour of women; and promoting female employment through initiatives in education and training, new technologies, social security, and the reconciliation of work and family life. 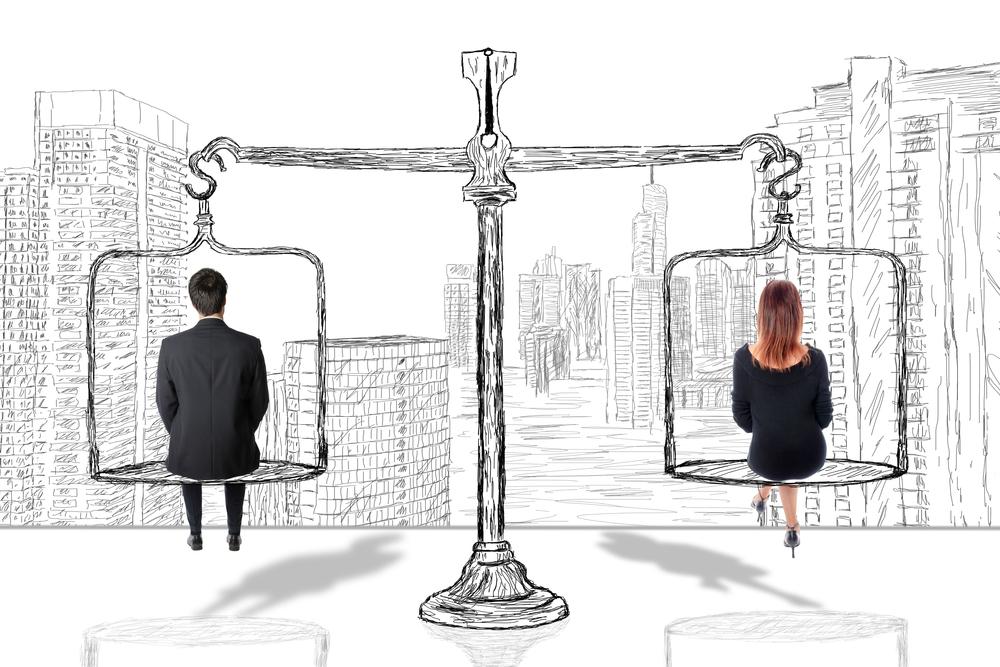 Companies in Europe operate in a rapidly changing industrial context. Most European countries face market maturity, increased competition and fragmentation of markets. Given the demand for high skills in a shrinking labour pool, it is important that employers build on the strengths of non-traditional labour and work to meet employees’ changing needs and aspirations.

In this context, corporate strategies are increasingly important to promote gender equality in the workplace. In today’s work environment, however, inequality can be manifested in numerous ways: women are often underrepresented in professional or managerial levels, while women workers are concentrated in traditional types of employment. In general, women have less access to skill and career development initiatives and tend to work in jobs that offer limited flexibility.

Whether corporate programmes and policies are the result of national legislation, collective bargaining, or human resources management, they not only have positive consequences for women, but for the organisation as a whole. Research shows that an understanding of the value of equality results in both cultural and behavioural change in the work environment. In particular, there is a change in the perception of women’s skills, worth and role. The organisation in general shows improved retention, attendance and levels of job satisfaction. Moreover, women are more likely to return to work after maternity leave. All of these initiatives can give an organisation competitive advantage and contribute to a positive public image. 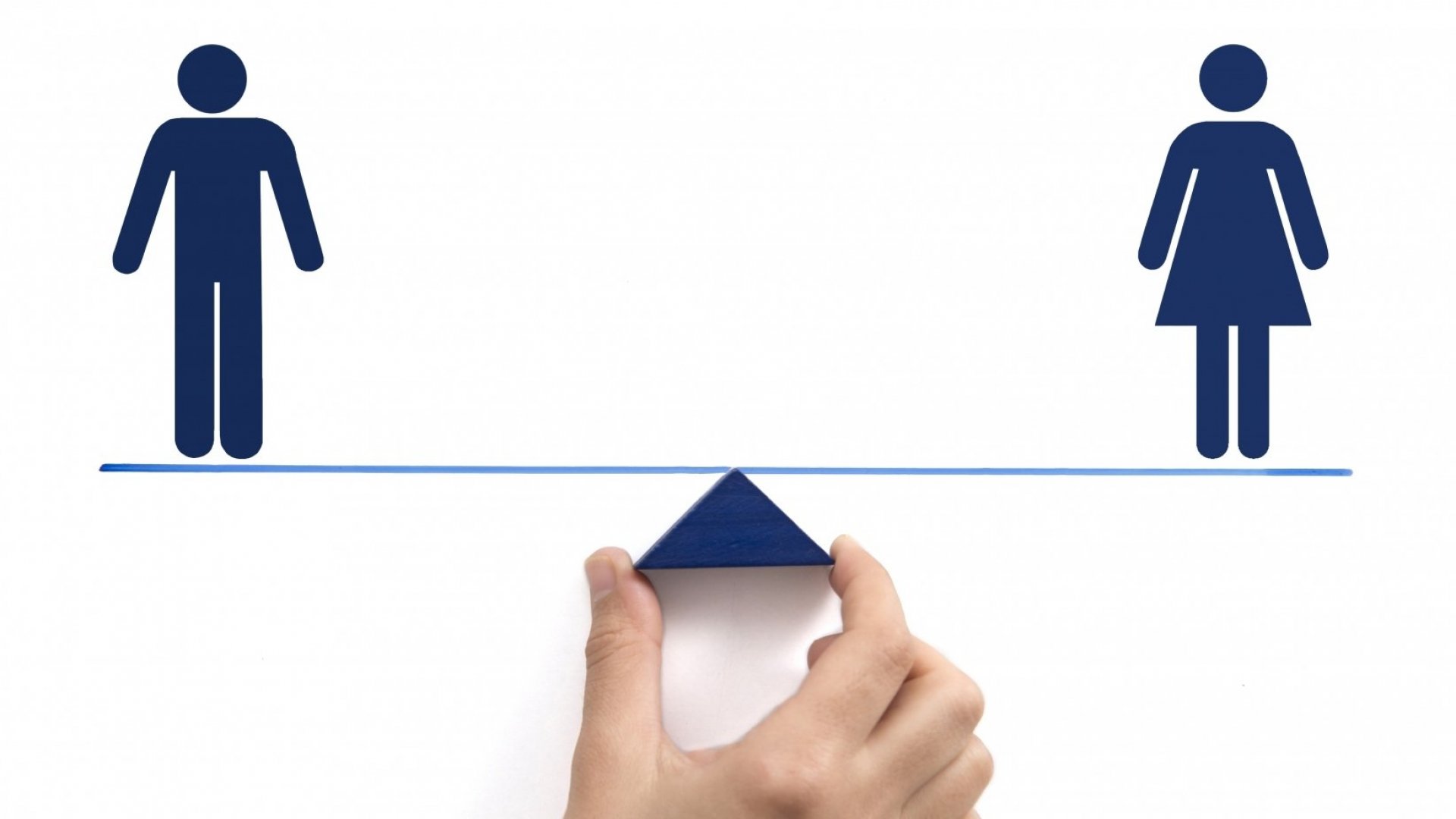 The two company case examples operate worldwide in the financial services sector with their headquarters in the Netherlands. Both companies, the ABNAMRO bank and the Rabobank, have introduced policies to improve the representation of women at higher-level positions by facilitating flexible working hours and contributing to childcare costs.

ABNAMRO bank
Company background
ABNAMRO was officially formed in 1990 through the merger of two of the largest Dutch banks, ABN and AMRO. It is recognised as the most important Dutch bank internationally, having more than 1,900 branches in more than 70 countries. The bank is one of the eight largest banks in the world and belongs to Europe’s top five with its headquarters located in Amsterdam, the Netherlands.

Although ABNAMRO has experienced no mass redundancies, the bank faces unbalanced staffing. The number of clerical jobs has decreased because of new technology, while the numbers of tellers has diminished with the spread of automatic cash dispensers. Many small offices have been closed. In general, the bank has a lower number of low-skilled workers than before but female employees are over-represented in this category.

Company initiatives
In 1996, ABNAMRO implemented an equity plan called the ‘M/F programme’ (Male/Female policy). The M/F programme aims at changing the organisational culture and at increasing the number of women in higher-level positions. As the reconciliation of work and family life is considered of great importance for female employees, ABNAMRO’s related polices can be included as part of the bank’s equality plan. The programme for ‘New Life Balance’ includes financial contributions towards employees’ childcare arrangements and flexible working hours.

- M/F Programme: ABNAMRO’s M/F programme focuses on increasing the number of women at higher-level positions through a balanced staff composition. The bank explicitly mentions the gender programme in its recruitment and career policies. In accordance with this aim, ABNAMRO has become a subsidiary of Opportunity in Business. This organisation advises the bank on how to improve women’s inflow and career development, as well as to dissuade female employees from leaving the company. Recruitment of female trainees is important. ABNAMRO seeks to recruit women for 50% of positions.
- New Life Balance: In the 1995-1998 collective agreements, the 36-hour working week was introduced. Employees can work four days of nine hours, instead of five days of eight hours. In the 2000 company-based collective agreement, employees can set their own working time schedule. In addition, both male and female employees can apply for financial support towards the costs of day-care, nannies, or out-of-school care.

In the new company-based agreement, flexible working hours have been introduced, allowing the employee to set the hours of work, provided that the supervisor agrees. Part-time hours have been of great importance for female employees who prefer to continue their job after having children.

Regarding childcare, male and female employees can apply for financial support for the costs of day-care, nannies, or out of school care.

Rabobank
Company background
The Rabobank was officially formed in the early 1970s through the merger of two large Dutch banks, the Raiffeissen and the Boerenleenbank. The Rabobank Group consists of 420 cooperative local Rabobanks, Rabobank Netherlands and Rabobank International. The latter is the Group’s global wholesale provider, with branches in Europe, South Africa, North and South America, Australia, New Zealand and Asia.

Turnover rates for women are higher than for men in Rabobank. Higher turnover rates have two important implications: because length of service is a common condition for career progression, the percentage of women in higher-level jobs will remain lower than would have been the case if turnover rates were equal; a decline in employment will affect women’s employment to a larger extent than it will for men’s employment in the bank.
Company initiatives
Equality policies outlined by Rabobank focused on three major areas: the representation of women at higher-level positions, part-time employment and the bank’s contributions to employees’ childcare costs.

- Women at higher-level positions: The proportion of women in managerial jobs should increase. For each job vacancy at managerial level, at least one of the female applicants will be invited to an interview; part-time working hours are explicitly allowed in managerial jobs; and the bank will review its image with regard to female-friendliness.
- Part-time employment: The new collective agreement is in accordance with the ‘Adjustment of Working Hours Bill’, to take effect on 1 July 2000. This act provides employees with the legal right to change the number of hours they work. Employees are also allowed to vary their starting and finishing times, as long as this does not conflict with operational or departmental interests. Furthermore, instead of being paid for extra working days, employees can ‘save’ these days and take long-term leave after some years, or take extra days off and have the gross wages pro rata reduced, or work extra days and have these days paid at the end of the month.
- Childcare programme: The employer will contribute to the costs of day-care, a nanny or out-of-school care. In all cases, the childcare arrangements must be made through a recognised centre. In the case of day-care, the centre has to meet municipal quality requirements. The contribution is limited to two children per employee.

Outcome
Although the policy document on female employees is not fully implemented, the percentage of women in higher grades has shown a gradual increase. For trainee positions, Rabobank aims to recruit women for 50% of the positions. This strategy has been quite successful, though the number of trainee positions has declined in recent years.

The policies to increase the number of women in managerial positions have been less comprehensively implemented than those for part-time employment and for childcare arrangements. Although the proportion of women in higher grades has gradually increased because women are more qualified to take up these positions, it seems to be difficult to speed up this process. While policies have been mainstreamed, no specific targets have been formulated.

Both company case examples were part of the Foundation’s project on promoting gender equality in the workplace, which was commissioned in 1999. It was based on 21 case studies examining approaches to gender equality in seven European Union countries (Germany, Finland, France, Italy, the Netherlands, Spain and the United Kingdom).

The consolidated report describes the operation of workplace gender equality strategies in these seven countries of the European Union and assesses their impact on both employees and the organisation. It outlines the reasons for the success or failure of these programmes and draws up recommendations for decision makers.