According to a recent Glassdoor poll of recruiting managers, HR representatives, and recruiters, the main reason for 45% of employees' resignations is their salary. Opportunities for career progression, higher perks, and location came next in importance.
Is money always the biggest concern?
Only 24% of "Generation X" employees feel that financial security encourages them to stay in a company, according to a collection of recent surveys on employee retention. However, 56% of workers claim that worries about their health care and insurance keep them in their jobs. Benefits that are truly advantageous are crucial. Money plays an important role. You must provide your staff with benefits that are competitive with those offered by competitors in your field and location.
Given such figures, it's understandable if you assumed that increasing pay and benefits would be the simplest way to address staff retention issues. These are without a doubt the two most important problems for companies to take into account, and for some workers, this would constitute an essential employee retention strategy.
However, adopting this as your only course of action is a hasty decision that may end up costing your company more than it can bear. Even if compensation is crucial and should be taken into consideration, there are other ways to keep employees besides spending money on expensive raises and benefits.

According to a Glassdoor study, 35% of employers who are employing new workers do so with the anticipation that more workers will resign in the upcoming year. Knowing that individuals in charge of hiring already picture more than one-third of their new workers leaving is a touch depressing.
Don't be shocked when you hire a quitter and they actually leave. If you hire someone who isn't a good fit for your company, don't be shocked if they (or other employees they've irritated) hand in their notice.
Make sure you're being upfront with the new hire about your expectations. Don't hide or sugarcoat components of the job just to get them on board. The key to find the best employees is being transparent.

Employees cannot be expected to perform like machines. There is pain when a worker's work-life balance is off. The job turns out to be the villain if your employee feels like he or she spends most of their time working rather than enjoying themself.
Think about the aviation sector and the difficulty airlines are experiencing due to a pilot shortage. Simply put, there aren't enough pilots to occupy all the available aircraft, and an impending retirement wave of seasoned pilots is expected to exacerbate the issue.
Offering higher compensation than those offered elsewhere in the sector and luring pilots away from competing airlines or corporate aviation are two ways that airlines have been exploring to improve staff retention. As a result, the Air Force raises pilot compensation. This has a trickle-down effect that ultimately hurts businesses that are unable to compete with such salaries.
What should a small firm or company do if they are in a scenario or industry where there is fierce competition for excellent people but they are unable to pay a competitive salary on a dollar-for-dollar basis?

Locate the pain point
Find out what is the source of annoyance for employees in your industry through surveys, direct feedback, or keeping an eye on industry trends.
Lessen the pain point
Consider the major issue that needs to be resolved.
In a way, money reduces suffering, making the inconvenience desirable because the coming salary will make other aspects of life easier. However, there are various approaches to the pain issue that some workers will value equally as highly as receiving a raise.

Keep the discomfort from spreading elsewhere
It's simple to take competent employees for granted. Be on the lookout for staff members who might not be complaining, but are nonetheless subtly feeling worn out or frustrated by the amount of work required of them.
Some workers won't even be aware that they are working too much due to their nature. They have a work ethic that requires constant focus on the task at hand, even if you don't expect it of them. These workers frequently avoid taking time off because they don't want to lose out on the money and may think in terms of an accounting ledger. Paid vacation is helpful for these people. It helps to give a random paid day off.
Perhaps accidental pain has been caused by organizational changes. You might have unintentionally produced a new pain spot while resolving another one. Whatever the situation, talk to your staff about it and keep an eye out for any problems. Those are trouble spots.

4. Have leaders, not bosses

Everyone wants to be the boss, but few people want to be leaders. But keep in mind that people follow leaders while shunning away from bosses. Bosses are plenty, but leaders are few and far between.

How can you excel as a leader rather than merely a boss?
Be accessible to your staff
Bosses frequently tout their "open door policy," yet just inviting criticism and input is insufficient. Even with open door policies in place, it's not uncommon for people to feel they can't properly express themselves out of shame or fear of retaliation.
It's important to deliberately create a friendly rapport with staff members. Although you don't have to become close friends, spending some time interacting and being friendly with your staff will pay off greatly.

Be dependable and organized.
To speed up and save time, try using a work schedule program. Maintain a solid handbook and abide by it, treating each employee and circumstance fairly.

5. Pay attention to your managers

People leave because of bad managers, not companies.
Have you ever asked anyone about their least favorite jobs and the reasons they left them?
It's likely that one of the first complaints you'll hear will be about a management or supervisor, not the services, the clients, or other employees. Watch out for your managers.
People do as their leaders command, and a poor manager makes things worse for everyone.
Therefore, it is in your best interest to also teach your manager some "soft skills" while you are spending the time to train them to handle the technical components of their jobs. This entails instructing your managers on the encouragement and motivation of various personality types, dispute resolution, stress reduction, crisis management, and other skills. 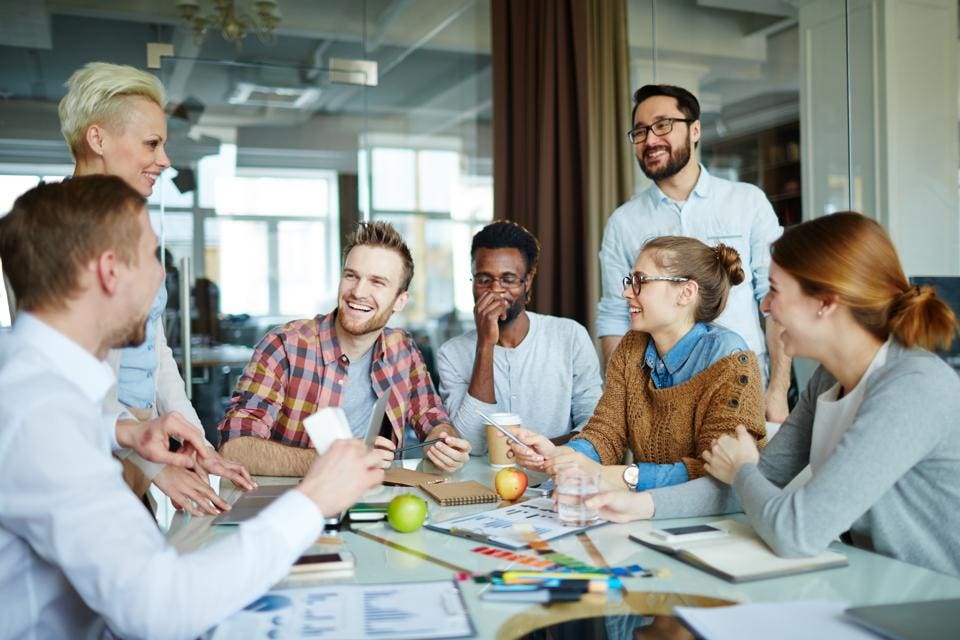 Only 32% of employees, according to a Gallup survey, are actively involved, while 17% are not at all. Their demands at work aren't being satisfied, and this figure increased by 1% from 2021.
That should get the attention of any employer.
But instead of criticizing employees for being distracted as the cause of their disengagement, this is the wrong course of action. Distraction and issues with motivation are related. Understanding what drives people to want to become totally engaged with the work they do—as opposed to what drives them to merely punch the time clock until something better comes along—will help you as an employer.
What spurs interest, concern, and a desire to cling on and remain a member of the team?

Provide valuable learning chances
High learners are also higher workers in terms of engagement.
Just keep in mind that the learning possibilities we're discussing aren't the same as training you receive on the job. Instead of just helping them get better at what they already do, you should be encouraging your staff to develop new skills. With this contradictory employee retention technique, you're missing the mark if your training relies just on improving performance in a present function. Consider:

Good workers—those who are committed to your business and whom you genuinely want to keep—aspire to develop rather than merely maintain momentum.

Make advancement available
People who feel like there is always a goal they can work toward instead of a dead end are typically more driven, whether it is job progression, promotion, or some other type of professional development.
It seems logical, doesn't it?
How hard will you work if you know that for the foreseeable future, you will only be treading water instead of climbing up the career ladder? If you are someone who is driven by achievement, why wouldn't you begin looking for a new job?

Give workers chances to reach success
People want to "really feel they're successful and that their talents and capabilities are being used in a way that makes a difference to the firm," according to Entrepreneur.
Giving ambiguous, albeit well-intentioned, feedback is insufficient. Actually, your staff members desire to see the fruits of their labor. They desire to possess the tangible item on which they may stake their claim to pride. They must witness the outcomes with their own eyes.

28/11/2022 03:07 PM - According to Andrew Flowers, a lead labor economist at Appcast, a small adjustment such as including salary in a job description can make a big difference to a company’s hiring strategy.